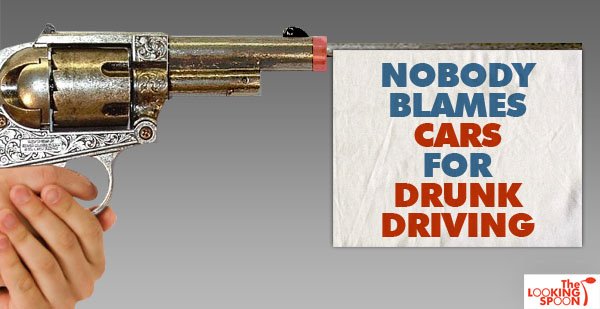 The recent uproar over gun control to "curb violence" has me increasingly frustrated.

Guns are a tool. Any tool in the hands of someone with intent has the potential to hurt.

*Hundreds of stab wounds occur each day in the US. Is there a call to ban knives?

*Obesity kills hundreds of thousands each year; not just from heart attacks or strokes, but also from the proven link that the obese have MUCH higher cancer rates than those who are fit.  Is there a call to ban forks?

*Drunk driving killed over 11,000 people in the US in 2010. What is the chief cause of drunk driving ( if you really boil it down to the essential "heart of the matter" )? Operator error. An impaired person used the tool in an inappropriate manner. Is there a call to ban cars?

What do you do if a guest at your party has too much? You take their keys.

What do you do if you've had too much at a bar? You call a cab, or a friend.


What should you do if there is someone in your home who is mentally unbalanced and you have guns? You keep the guns inaccessible to them. You own a gun safe and you keep your firearms in it.

What should you do if you have guns and children in your home? Keep the gun inaccessible when not in use, and educate your children to treat guns with the respect they deserve. Impress upon them you are handling it because you have received the proper training and you are in control of the tool.

Think about it, before jumping on the "Ban guns" bandwagon. It's just a tool.