This topic has been dogging me for the past year, so I finally decided to sit down and do some solid research on the subject. I found sources online - I even made a few phone calls as most of the Government departments I need to question are literally right around the corner from my house. Please don't take this post as xenophobic - I question the safety of foods produced in certain countries due to their terrible track record for factory safety across the board. I might buy a chair produced in China. I do not want to buy tilapia produced in China. 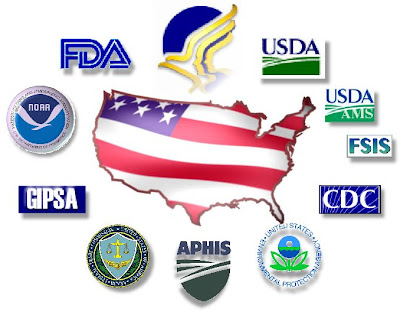 Are foods manufactured / processed / grown  in countries outside the United States safe to eat?

Though I do have some Canadian, Australian, and various other overseas readers - most of you are in developed countries that have similar, if not identical food importation rules as the United States...so my comments ( while directed to foods coming INTO the US ) are really applicable to a very large percentage of my overseas readers as well.

First, the good news: The United States requires all foods that enter the US for public consumption to meet or exceed USDA / FDA standards for food preparation, factory cleanliness, and identification of ingredients.

The bad news? This is essentially a law on paper only, as the number of food processing factories has risen dramatically in the past 40 years.

For internationally produced foods, the track record is much worse. The FDA admits it only inspects a fraction of 1% of the 216,000 foreign facilities importing food into the US. While foreign foods are supposed to conform to US standards for wholesome content - how can you be sure substandard ingredients haven't been used? How can you be sure the factory that made that food is clean? How can you be sure?

Interestingly, produce that is grown overseas is subject to much closer scrutiny than things like cookies, powdered drinks, and frozen foods. The FDA requires random sampling of all produce that comes into the US for certain chemical signatures. If found, the entire shipment is refused. No such mechanism is in place for "non produce" items. Those Oreo looking cookies made in India? Sure! Come on in!
Congress has not even given the FDA the power to block foods from factories that refuse to allow overseas inspection.These foods are still permitted into the country.
Now clearly, the US has had many cases of tainted food in the past 20+ years: Wiki: Foodbourne Illness Outbreaks in the US.However, most are quickly identified to a faulty piece of equipment; an unsafe manufacturing process - and the opportunity for contamination is quickly resolved.

Can food labeled as being produced overseas be trusted to be wholesome and safe? Not so much.
What can you do to reduce the risk of exposure to a harmful contaminant?

1. Make it yourself. Nearly all of the dried fruit distributed in the US is produced in 3rd world, Asiatic countries - countries where sanitation and factory standards are questionable at best. ( The exception to this is raisins; most raisins are produced in California . ) The other day I posted how to create your own banana chips. I'd also encourage you  ( if you are interested in dried fruit ) to invest in a good food dehydrator.

2. Stick with what you know. When buying foods produced overseas, stick with companies where there is a high likelihood the distributing company has visited the overseas production site - companies such as Trader Joe's and Whole Foods send their buyers overseas to find new products and to view the manufacturing facilities.
3. Stick with what you know, Part II - You can be fairly confident that large US companies with an overseas presence will have higher factory standards than those you may never heard of - their reputation as brand name is on the line. A Nabisco product ( for example ) produced overseas is highly likely to meet or exceed the US standards for factory and product cleanliness. 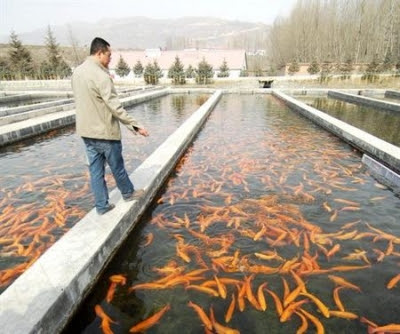 There is a lot of seafood produced overseas - especially in Asiatic countries: China, Vietnam, and Thailand specifically. There currently are no standards for "organic" seafood, and the FDA does not regulate seafood farms overseas. There is currently no way to ensure that the fish you are eating were raised in a wholesome manner, were fed a healthy diet, or were handled appropriately. In my non-scientific opinion, it is in your best interests not to buy seafood raised overseas.

Examine packages of frozen fish at the store - and across the board, you are going to see "Product of China"  in very small print on the back of these packages. Recently, several large scale fish farms outside of Bejing were caught feeding excessive antibiotics and human contraceptive medicines to fish under their care. Why? The Chinese discovered that fish fed birth control pills matured at a much faster rate than untainted fish - they could be harvested several months earlier: more profit.Luckily for us, these farms were NOT exporting their fish.

What can you do?

In the US, seafood needs to be labeled with its country of origin. Start looking for seafood that is raised and distributed in the US. You can be more certain that it was raised in a wholesome manner and doesn't contain heavy metals, toxins, or chemical traces.