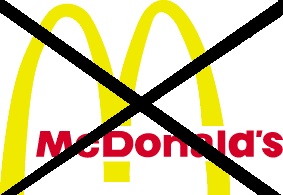 Eve reader, occasional contributor, and all around terrific human being North sent me this intriguing and downright horrific story on the truth behind the recently returned to McDonald's menus near you -the McRib Sandwich.


What's the McRib Made of, Anyway? 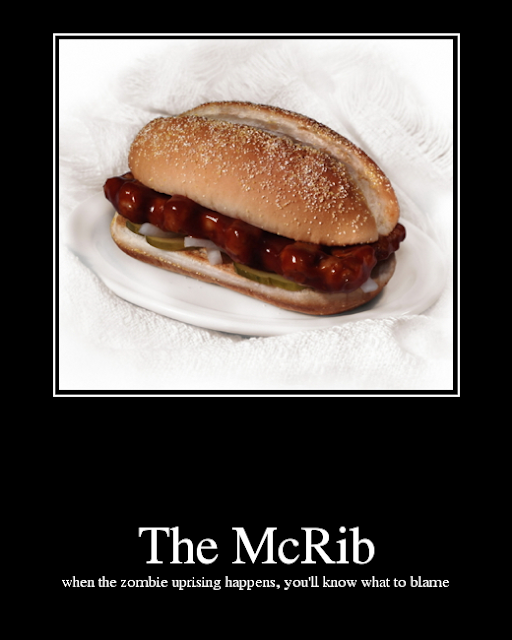 Because this article says it best, I've republished 2 of the main paragraphs from the story over at theweek.com

How many ingredients are there?
At face value, the sandwich contains just pork, onions, and pickle slices slathered in barbecue sauce and laid out on a bun. But the truth is, there are roughly 70 ingredients. The bun alone contains 34, says TIME's Melnick. In addition to chemicals like ammonium sulfate and polysorbate 80, the most egregious may be azodicarbonamide — "a flour-bleaching agent most commonly used in the manufactur[ing] of foamed plastics like gym mats the and soles of shoes." According to McDonald's own ingredient list, the bun also includes calcium sulfate and ethoxylated mono- and diglycerides, among other chemicals.

Ooof. What's the meat made of?

Pig innards and plenty of salt. Typically, "restructured meat product" includes pig bits like tripe, heart, and scalded stomach, says Whet Moser at Chicago Magazine, citing a 1995 article by Robert Mandigo, a professor at the University of Nebraska. These parts are cooked and blended with salt and water to extract salt-soluble proteins, which act as a "glue" that helps bind the reshaped meat together.


Ugh! Seriously? How can someone read the above and then eat that in good conscience?  They say it has a "cult like following" - really?