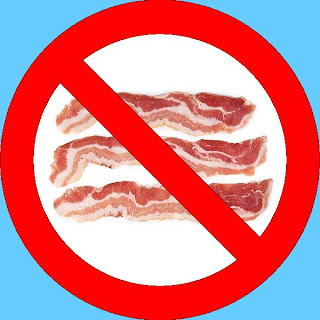 The study, published in the European journal BMC Medicine, comes on the heels of a 2012 Harvard University study that found people who ate just 1.5 ounces of red meat daily were more likely to die early deaths than people who ate less than that. The latest study, which chronicled more than 500,000 people from 10 European countries, found those who ate the most processed meats (including ham, bacon, sausages, and ready-to-eat packaged meats) were most likely to die prematurely.

"We estimated that 3.3 percent of deaths could be prevented if all participants had a processed meat consumption of less than [.7 ounces a day]," write the authors, from the European Prospective Investigation into Cancer and Nutrition.

People who consumed the most processed and red meats had the lowest fruit and vegetable intake and were also more likely to be current smokers. The authors say that after correcting for these lifestyle differences, people who eat processed meat are still more likely to die early than people who don't, but that they saw no increased risk of mortality for people who ate large amounts of red meat. In the original Harvard University study, the researchers considered all processed meats to be red meats.

So what does this mean to you? If you are someone who is investigating Clean Eating or who eats little processed foods but still consumes processed meats like bacon or cold cuts - you are doing your body a grave disservice by continuing to eat processed meat. It's not the meat itself that is bad for you, it is the processing, the nitrates that preserve and cure the meat that are to blame.

I've written about the Cult of Bacon and America's unhealthy obsession with it. ( Full disclosure - I love LOVE bacon. I could eat it every day. But in the years since I began eating Clean? I've probably consumed 5 to 10 strips of bacon, total - over that time period. ) It is an unhealthy food, and something we're learning really gums up your body's machinery.

Dissecting the Cult of Bacon

Processed Meats Raise the Risk of Heart Attack By 42%

BMC Medicine - PDF of the medical study at this link
Posted by Maura at 6:00 AM