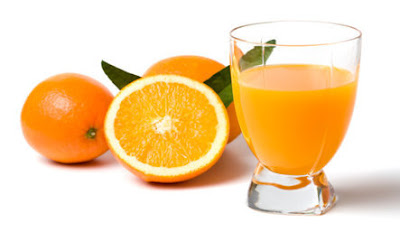 One aspect of Clean Eating is making sure the foods you consume are wholesome and untainted with potentially sickening chemicals and preservatives- things that could impair your body from working correctly. This week, Coca-Cola ( which owns Simply Orange and Minute Maid ) admitted it had detected an unapproved fungicide in samples of orange juice concentrate that had already shipped to market, and some "in that of a competitor." ( As an aside, PepsiCo owns Tropicana. ) 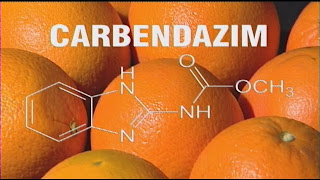 The fungicide in question, carbendazim, is widely used in Brazil to treat orange trees with mold. Europe allows juice imports that contain as much as 200 parts per billion of carbendazim, and Japan and Canada allow even more of the chemical. Carbendizem is unapproved for use in the US per the FDA. Since as little as 15% of Brazilian juice exports end up in the U.S., Brazilian farmers tend to adhere closer to European standards - and hope that 15% slips by and isn't detected.

You might not be aware, but the FDA requires the country of origin to be posted somewhere on the label. If the label says it is made from "100% US / Florida oranges", you are good. Your juice contains NO foreign concentrate. However, if you see something like "Made from citrus concentrates from the United States and Brazil" - you don't have a 100% US product there, my friend. It is probably ok to drink. Probably. This is what I'm on about when I post about trying to stick to foods that are produced in the United States. You simply don't know what chemicals or preservatives foreign foods are being treated with. Look carefully at the ingredient label on the juice in your fridge.

Just be aware, for your next purchase. Most people don't have time to hand squeeze their own juice, or the equipment necessary to do so. Specifically reach for a carton that says "100% Florida Orange Juice" on the front. You'll know your food is free from potentially harmful and unapproved chemicals.


Thanks, Wall Street Journal
Posted by Maura at 7:16 AM

Email ThisBlogThis!Share to TwitterShare to FacebookShare to Pinterest
Labels: Clean Eating In the News, Folks, This is What I'm On About
Newer Post Older Post Home