Clean Eating in a Can : Tuna Fish

Canned tuna fish is a staple pantry item for the Clean Eater. Besides the standard tuna fish salad on a bed of greens or on the occasional tuna melt for lunch, canned tuna is versatile, relatively inexpensive, and Clean. 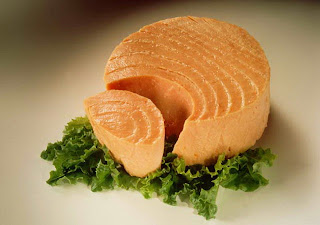 The amount of mercury ( PPM , or "Parts Per Million" ) is still relatively low - but if you are concerned, stick with "chunk light." I will still eat albacore; I prefer it significantly over chunk light.

There are a number of main meals and side dishes one can put together with a can of tuna! 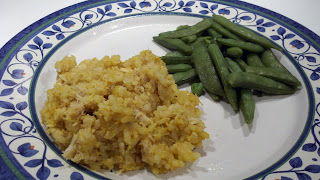 Prepare risotto: Pour broth and 2-1/4 cups water into a 1-1/2 or 2 qt saucepan and bring to a gentle simmer over medium-low heat. (NOTE: You’ll be holding the liquid at a simmer throughout preparing the risotto) In a large nonstick skillet, heat oil for 1 minute over medium heat. Add garlic and cook for 1 minute, stirring frequently. Stir in rice, reduce heat to medium-low and cook for 3 minutes, stirring often to coat rice with oil.

Carefully dip a glass or metal measuring cup into simmering stock and measure out 1/2 cup liquid. Gently pour 1/2 cup liquid into rice, being careful to avoid the rising steam. Let rice simmer for 3 minutes, stirring at least once every minute to help grains release their starches.

Dip measuring cup into stock again and add 1 cup liquid to rice, stir and let simmer for 5 minutes or until rice has absorbed liquid, again stirring every minute. Repeat procedure with another 1 cup liquid. Then add only 1/2 cup liquid at a time, simmer each batch for 5 minutes and continuing to stir rice occasionally. When adding the final 1/2 cup liquid, add Italian seasoning to rice as well.
Remove risotto from heat and gently stir in cheese and tuna.


Tuna Salad Nicoise
Posted by Maura at 6:43 AM