Think that Monster energy drink perched on your desk is harmless? Think it's ok to drink a Red Bull before going out to a club?  Think again. 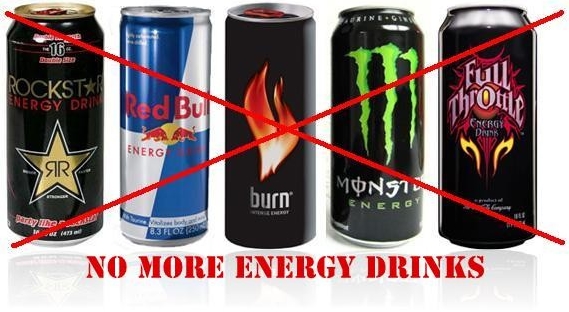 Back in December, 14 year old Anais Fourier of Maryland died after drinking 2 - 24 ounce Monster Energy drinks. The next day, she went into cardiac arrest, and six days later - tragically passed away.

The official cause of death, according to the teenager's death certificate, was cardiac arrhythmia due to caffeine toxicity.

Though Monster Energy drink " vehemently denies that drinking two cans of Monster Energy by itself can cause a death from caffeine toxicity" - the coroner's report was pretty conclusive. Anais did have a heart ailment : mitral valve prolapse. However, the doctors and coroner don't link her heart condition specifically to the caffeine toxicity.

The day before she went into cardiac arrest, Anais's family says she drank two 24-ounce Monster energy drinks, unwittingly guzzling 480 miligrams of caffeine -- that's nearly five times the limit recommended by the American Academy of Pediatrics. To put it another way: By drinking just two large energy drinks, Anais drank as much caffeine as you'd find in about 14 cans of Coke.

There are also several other additional reports, including an otherwise healthy 28-year-old man who suffered a cardiac arrest after a day of Monster Energy drinks and motocross racing… and a healthy 18-year-old man who died playing basketball after drinking two cans of Red Bull !

Anyone can buy these - anyone with a few dollars and access to a 7-11. Currently there are very few restrictions on the kinds and amounts of ingredients and the claims that are made about them by their manufacturers.  Manufacturers have labeled the beverages  as “  dietary supplements  which absolves them of the federal regulations that govern soda and juices, and allows producers to make structure and function claims, like “ Enhances athletic performance ” and “ Increases caloric burn and mental sharpness. ”
These drinks contain high levels of caffeine and certain susceptible people risk dangerous, even life-threatening, effects on blood pressure, heart rate and brain function.

How does this relate to Clean Eating? You don't drink Monster energy drinks, do you?

People are eating unwittingly, without thought or contemplation. We as a society are blind to ingredient lists, to additives, to false or misleading advertising claims. Americans smile and nod and think "I can consume this; if it is sold in the US, it must be ok." Wrong. Everyone should be aware of everything they put into their body. Everyone should be aware of certain types of harmful products their children may be consuming.  Everyone should be aware that certain portions of the population should not consume energy drinks - or even high caffeine drinks like Mountain Dew or Starbucks - those who have a chronic illness, those who have heart irregularities or ailments, children and young adults. I remember when I was pregnant, I was managing a Barnes & Noble with a Starbucks in it, and my obstetrician specifically said "You have high blood pressure, and you are pregnant. No Starbucks for you. Drip coffee from home? Yes, one a day. One a day. Starbucks? None for the duration. The caffeine level of a Starbucks coffee is too high in comparison to homemade brewed coffee.

I love coffee, and I drink a cup every morning. But I no longer consume multiple cups a day.

Check out caffeine content poster.  If you can't see it really well, click the link below for a bigger size. 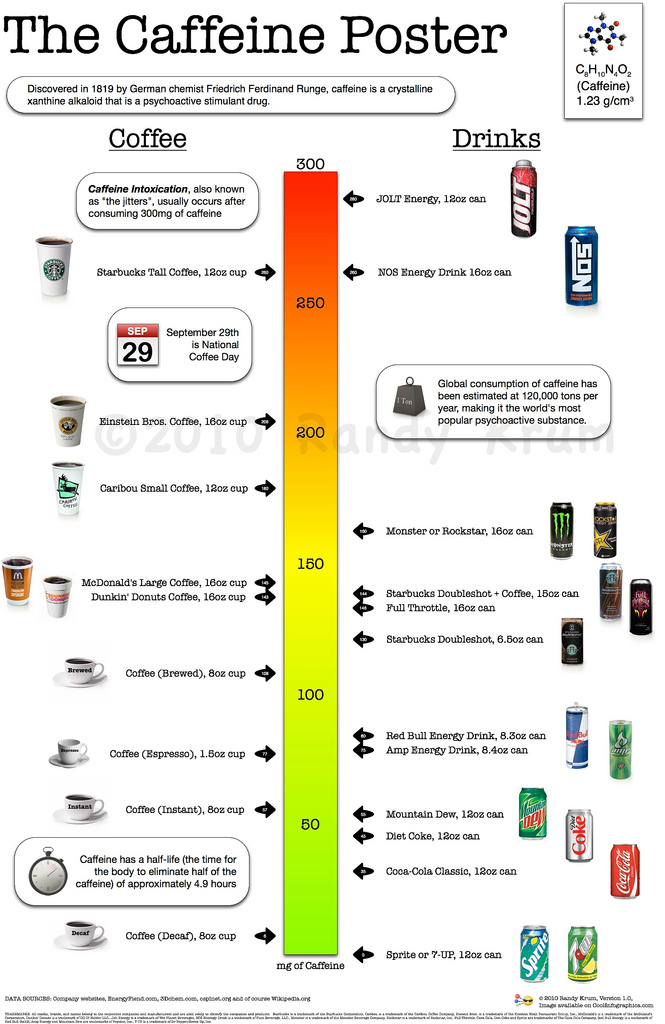 Link to the article about Anais Fourier: I didn't know Anais, but I hope her family finds some peace.