Why is Yogurt Clean? 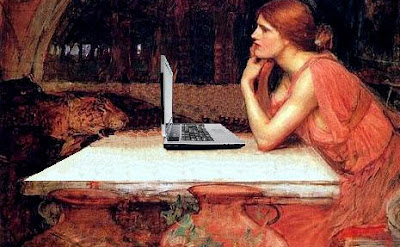 I received this question via email on Saturday:

Q: Why is yogurt clean? It's made in a factory, and often has sugar in it. How can this be clean? I thought clean was unprocessed foods that don't have added sugar. ( Name withheld upon request  )

A:  That's a really good question!

If you dissect exactly what yogurt is, you'll discover a core truth. Yogurt is essentially curdled milk. It's milk that has curdled from good cultures, rather than the nasty ones that make your milk a clotted clump if it lives in the fridge too long - but essentially, it is curdled milk. Milk is a natural product, easily found in Nature if you've got Ole Bessie around. So somewhere, in a factory, they conveniently dispense portions of curdled milk into cups for us to consume.

Because milk is the base ingredient of yogurt, it contains sugar in the form of milk sugar, or more commonly referred to as lactose.

Science stuff: "Lactose is a disaccharide sugar that is found most notably in milk and is formed from galactose and glucose. Lactose makes up around 2~8% of milk (by weight), although the amount varies among species and individuals. It is extracted from sweet or sour whey. The name comes from lac or lactis, the Latin word for milk, plus the -ose ending used to name sugars. It has a formula of C12H22O11." ( Thanks, Wiki! )

A large majority of the sugar you see on the label of yogurt appearing as "Sugar" is actually the inherent lactose in milk. The FDA doesn't differentiate between sugars added during manufacturing and inherent sugar content of food. As a broad generalization - the more expensive the yogurt you are buying, the less likely the manufacturer has added large amounts of sugar to their yogurt; they leave a large portion of the lactose intact in their product ( a more expensive process ) and thus, their label looks like it has sugar in it - but in reality, it doesn't - or if it does, it is a small amount simply to take the "tang" edge off their yogurt. Usweetened yogurt can pack a heck of a tang to it.

Most Clean Eaters don't buy "regular" yogurt, but buy Greek yogurt. It has a large portion of the water removed, and it makes it a denser product, with a higher protein content. In short - more nutrition per ounce of product. Also, that yogurt has a higher sugar content because of the concentration process.

So coming back to your question - yogurt is clean because it is made of  well cultured milk, and if you buy a high quality, no fruit added flavor ( like a vanilla flavor ), you are more than getting very little to no added sugar. Clean.
Posted by Maura at 7:09 AM